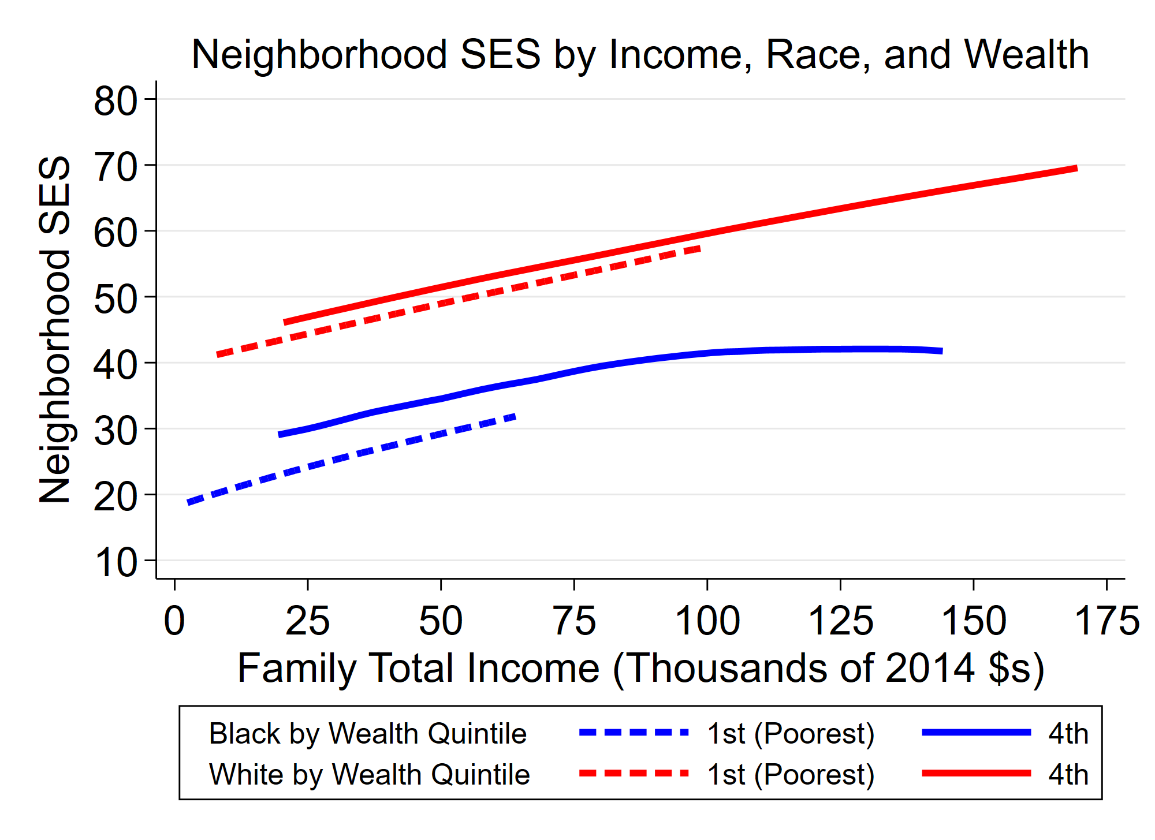 “If income is not driving the residential distribution of Black families, then is wealth the missing obstacle to Black households’ accessing opportunity neighborhoods? There is reason to suspect that it could be: The racial wealth gap is such that even at the same level of income, Black households hold much less wealth than white households. Since wealth is an important source of down payments for buying a house, the racial wealth gap would seem to be an obvious obstacle to Black households’ living in neighborhoods that provide economic opportunity.