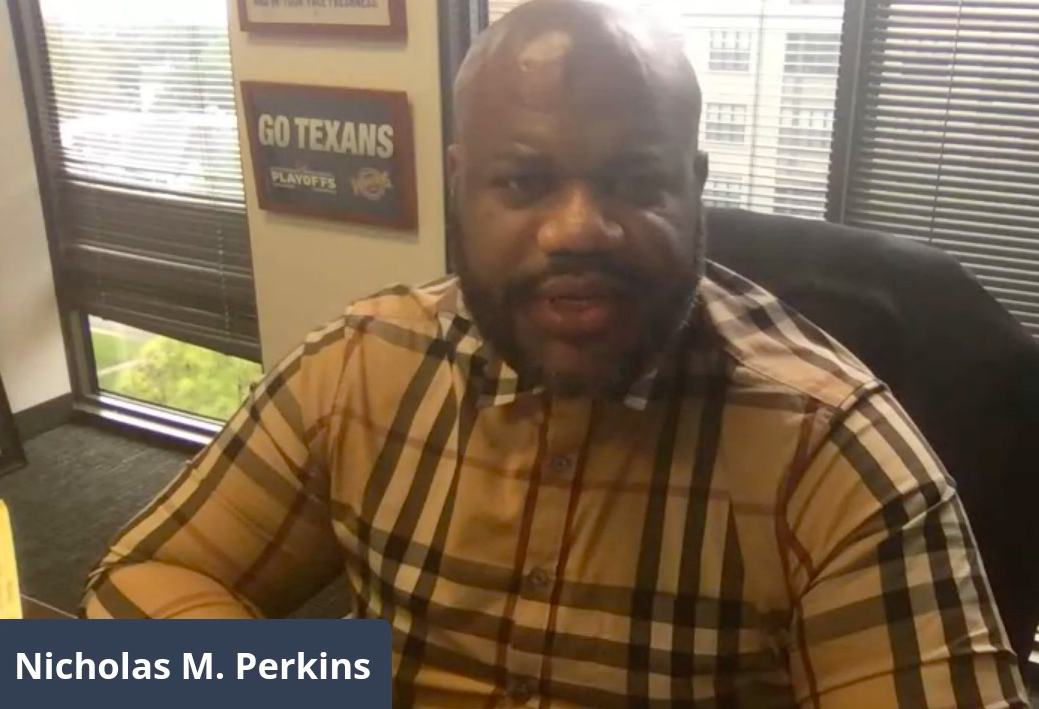 Nicholas Perkins, CEO of Black Titan Investments, gave a history lesson on his hero, Arthur George Gaston, as he invited other innovators to join him in expanding the first nationwide African-American owned hamburger chain during Eat What You Own, the final installment of 31 Ways 31 Days of the 18th annual National Black Business Month.

“He was responsible for developing a middle class in Birmingham,” said Perkins of the legendary business owner known as Black Titan. “They bombed his house, kidnaped him, but he was the funder behind the Birmingham civil rights campaign.”

“For me, entrepreneurship is freedom,” said Perkins, “The freedom to live my life in the way I imagine.”

The Fayetteville State alumnus read about Gaston in his junior year and began emulating the example with a contract food business supplying historically-Black colleges and universities. On Aug. 6, he acquired the Fuddrucker’s chain. He has already opened one on Benedict College in Columbia, S.C.

“At one point, Fuddruckers was up to 500 stores and now we’re at just under 100,” said Perkins. “We want to return to that level and beyond and I’m looking for franchisees looking to set up clusters of 10-15 restaurants so that they can join me in reaching a new level of freedom.”