The Journal of Black Innovation has selected Karla Smith Jackson, deputy chief acquisitions officer and assistant administrator for procurement, among the 21st annual 50 Most Important African-Americans in Technology.

Jackson provides senior executive leadership and oversight of NASA’s procurement functions, policy, and initiatives to an acquisition workforce of more than 4,400 personnel. Ms. Jackson serves on the Federal Acquisition Regulation (FAR) Council and is one of only three signatory authorities that can execute procurement policies and procedures on behalf of the Federal Government. In addition, she represents NASA’s enterprise procurement organization across the Federal Government, Industry and international organizations.

A seasoned acquisition professional with over 29 years of extensive experience, Ms. Jackson previously served as the acting Director for Acquisition at the Missile Defense Agency (MDA). As the senior advisor and authority on all aspects of acquisition, contract planning, and management she provided guidance and oversight to programs that successfully integrated a single missile defense system into a layered missile defense capability. From 2016-2020, she served as the Director of Contracts at MDA, responsible for all agency contracting actions.

Ms. Jackson began her Federal service career in 1991, as an Acquisition Management (AM) intern at the Defense Threat Reduction Agency, formerly the Defense Nuclear Agency. After graduation, Ms. Jackson joined the Ballistic Missile Defense Organization (BMDO), which later became the Missile Defense Agency, as a senior contract specialist. During her tenure at BMDO, Ms. Jackson held several positions, including, Director of Technology, Test, and Targets Contracting and Director of Contract Policy, Pricing, and Review. Ms. Jackson moved on to serve as the Director for Acquisition Policy and Legislation in the Office of the Chief Procurement Officer at the Department of Homeland Security (DHS). In this role, she managed the development and promulgation of Government-wide acquisition regulation and policy and represented DHS on all acquisition legislation decisions. Previous assignments include Chief/Deputy Chief of Contract Operations for the U.S. Coast Guard, Chief of Staff/Executive Officer to the Director of Acquisition at MDA, Chief of Acquisition Operations at the Headquarters of the Defense Logistics Agency and Deputy Executive Director for Contracts at the Headquarters of the Defense Contract Management Agency.

Ms. Jackson holds a bachelor’s of science degree from Hampton University and a master’s degree in contract and acquisition management from the Florida Institute of Technology. She also holds a master’s of science degree in national resource strategy with a concentration in acquisition from the Industrial College of the Armed Forces (Defense Acquisition University). Ms. Jackson is a Certified Professional Contracts Manager and is Level III–certified in the Acquisition Career Field. She is a graduate of the Department of Defense Executive Leadership Development Program and the Defense Leadership and Management Program. 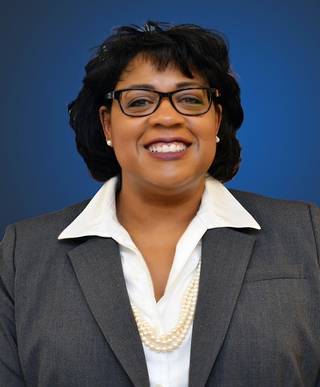