She is a graduate of the University of South Carolina, where she received a bachelor of science in computer engineering, and the University of Miami, where she received a master of science in industrial engineering. As CISO reporting to the center’s chief information officer (CIO) and NASA’s senior agency information security officer (SAISO), she is responsible for minimizing Kennedy’s IT security risk, obtaining visibility into IT security operations and providing guidance for compliance with NASA’s IT security standards and federal regulations.

Prior to her selection as Kennedy CISO, Tamiko served as the center’s deputy CISO for operations and lead of the IT security vulnerability management team, where she focused on center IT security compliance, ensuring systems connected to the Kennedy network operated at the appropriate security posture and protected NASA information and information systems. She was a project manager for the Agency Security Update Services (ASUS) and IT Security Enterprise Data Warehouse (ITSEC-EDW) projects which collected system data to ensure the agency was compliant with the Federal Information Security Management Act for all federal agencies.

In her years with Kennedy Space Center, she has served on detail with the Office of the Administrator under the leadership of Charles Bolden in the Office of Agency Council Staff supporting executive councils; as IT security project manager for NASA’s Agency Security Update Services (ASUS) and IT Security Enterprise Data Warehouse (ITSEC-EDW) projects at Kennedy to ensure the agency’s compliance with the Federal Information Security Management Act for federal agencies; and contract transition manager and center subject matter expert for NASA’s ACES contract for Kennedy, which is NASA’s contract for personal computing hardware, agency-standard software, mobile information technology services and supporting infrastructure.

Furthermore, she has held the role of contracting officer’s technical representative (COTR) for the Outsourcing Desktop Initiative for NASA (ODIN) between NASA and Lockheed Martin Information Technology, a contract which managed a $41 million budget providing desktop and communication support to approximately 6,000 users at Kennedy. 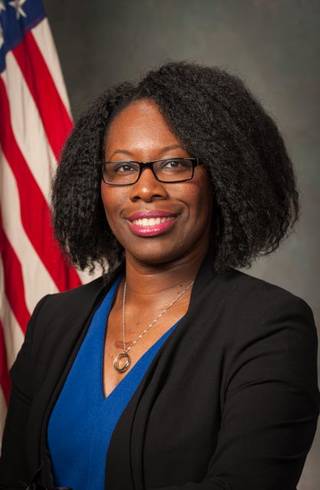