The Journal of Black Innovation has selected Marcus Watkins , Director of the Office of Jet Propulsion Laboratories Oversight and Liaison, among the 21st annual 50 Most Important African-Americans in Technology.

Watkins’ career at the National Aeronautics and Space Administration (NASA) is a story of leadership and mission success spanning more than 30 years. He worked his way up from an aerospace technician at NASA Goddard Space Flight Center (GSFC) to a Senior Executive overseeing NASA Earth and space science satellite programs. He was appointed to the Senior Executive Service in 1999.  Mr. Watkins has provided outstanding leadership and executive management for NASA in critical roles in both space mission development and international relations. His sustained leadership made possible some of NASA’s most important scientific discoveries, and his effectiveness as an executive leader and manager of complex systems has thus far resulted in savings for the Agency.  Mr. Watkins currently serves

as the Director of the NASA Office of JPL Management and Oversight (NOJMO) at the Jet Propulsion Laboratory (JPL), the Agency’s only Federally Funded Research and Development Center dedicated to the robotic exploration of the solar system. NASA contracted the California Institute of Technology (Caltech) to manage JPL under the oversight of the NMO, and JPL currently operates missions including the Mars Sample Laboratory, Europa Clipper, InSight Mars lander, and the Juno orbiter studying the atmosphere of Jupiter. Mr. Watkins has managed and enhanced collaborations and coalitions with HQ offices, NASA Centers, other Government agencies, Caltech campus, JPL, and international partners, significantly increasing communication and interaction that has resulted in a more effective and efficient Lab. Mr. Watkins also served as the Director, Office of Systems Safety and Mission Assurance at Goddard Space Flight 2006 -2010. Mr. Watkins also served as NASA’s Representative to Spain 2003-2006, responsible for all NASA issues in Spain including the Robledo Antenna Tracking Station, Center for Astrobiology, Trans Atlantic Abort Landing Sites, and various Education initiatives.  Mr. Watkins also served at NASA HQ in different leadership positions including the Associate Director of the Sun-Earth Connection Division and Deputy Director of Flight Programs within the Office of Space Science.  Mr. Watkins directed flight program definition and development of the Discovery, Explorers, New Millennium, Balloon and Sounding Rocket Programs delegated to the GSFC, AMES, MSFC, and the JPL.  Mr. Watkins has held positions as a Program and Project Manager on various advanced technology projects and programs in the Office of Aeronautics, Exploration and Technology. 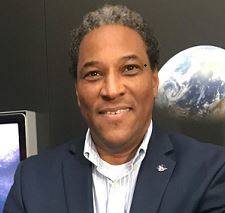