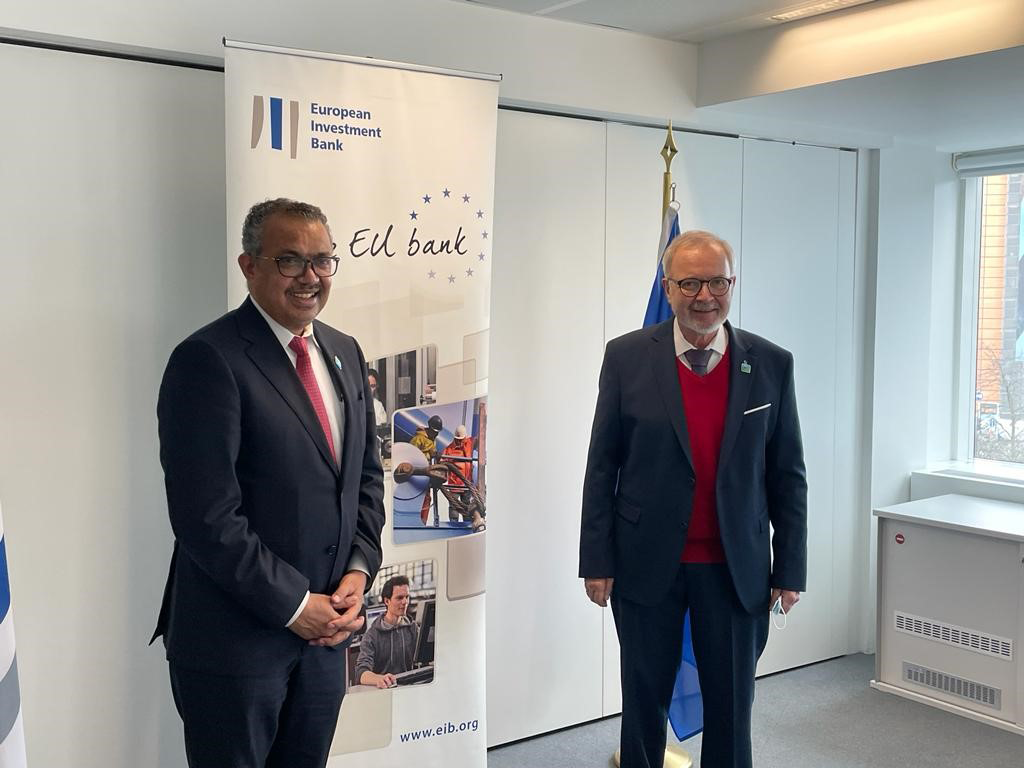 “Covid-19 has demonstrated the importance of investments in science, technology and innovation. Therefore preparing for future pandemics is key and so the WHO mRNA global hub is a critical building block to ensure that South Africa and the whole continent has the production capacity that is essential for equitable vaccine rollout,” said Dr Blade Nzimande, Minister of Higher Education, Science and Technology of South Africa. “The mRNA technology is not only for COVID-19, we hope it can be adapted to help us in the fight against HIV, tuberculosis and malaria, which is why we’re investing heavily, alongside international partners, in this initiative.”

Based on the vision of the Governments of South Africa and France for diversifying vaccine manufacturing and specifically accelerating vaccine production in Africa, a consortium including the Medicines Patent Pool, Biovac, Afrigen Biologics and Vaccines, South Africa’s Department of Science and Innovation, the South African Medical Research Council (SAMRC), a network of universities and the Africa Centres for Disease Control and Prevention (CDC) are driving forward the initiative.

The central aim is to develop a training facility where mRNA technology is developed to the scale required for mass production of vaccines and then for that full package of technology to be transferrable to multiple recipients in low- and middle-income countries.

“We’re not out of the woods yet and we are likely to be hit by new COVID-19 variants and a fifth wave that coincides with our winter season, which would compound our flu and cold season. However, we can reduce the impact by ensuring most people are vaccinated, especially the most vulnerable groups,” said the South African Health Minister, Dr Joe Phaahla.“The new hub is not just for South Africa, it provides a one stop shop for low- and middle-income countries across the world to benefit from the technology transferred, along with the know how, so they can also produce mRNA vaccines, which is critical if we are to end vaccine inequity.”

Afrigen, which is part of WHO’s mRNA consortium, gained international plaudits as it announced it had developed its own version of an mRNA shot, based on the publicly available data on the composition of the Moderna COVID-19 vaccine, which will be tested in the coming months.

“This virus shows how interconnected we all are and I am proud that Belgium –and other EU countries – are now collaborating to build vaccine capacity everywhere,” said Meryame Kitir, Minister of Development Cooperation and Urban Policy of Belgium. “Going forward we need more sharing of licenses, technology transfer and know-how so that in this pandemic and future ones as we can roll vaccines out quickly and equitably to the whole global population.”

The mRNA global hub is designed to serve low- and middle-income countries and will empower countries to not only be able to make their own mRNA vaccines but ultimately to have the choice of which vaccines they want to make. Manufacturers from low- and middle-income countries are therefore encouraged to express their own interest so they can receive training, technology transfer and any necessary licenses. WHO and partners will bring in the production know-how, quality control and necessary licenses to a single entity to facilitate a broad and rapid technology transfer to multiple recipients.

“The pandemic has highlighted the need for increased local production of vaccines globally, especially in low- and middle-income countries,” said Dr Tedros Adhanom Ghebreyesus, Director-General of the World Health Organization. “The WHO mRNA global hub is a major step in that direction, by sharing technology and building on the capacity and scientific expertise that already exists in South Africa.”

The global hubs will act as training facilities where technology is established at industrial scale and clinical development performed. WHO will compliment this activity and assist other countries in Africa and other low- and middle-income countries to strengthen biomanufacturing capacity as well as regulatory capacity.

Dr Matshidiso  Moeti, Regional Director of World Health Organization Regional Office for Africa, said: “The mRNA hubs provide an unprecedented opportunity for capacity development, putting Africa on the path to self-reliance. This initiative will enable the continent to better protect against outbreaks, control the COVID-19 pandemic and develop new vaccines, accelerating the elimination of deadly diseases such as HIV, malaria and tuberculosis. We are opening the door to better health and wellbeing for our people.”

“At Medicines Patent Pool, we are thrilled to be able to offer the mRNA hub our expertise on intellectual property management and voluntary licensing. It is impressive how working in partnership and in a very short time, we have established the firm base from which this new technology can be shared across low- and middle-income countries,” said Charles Gore, Executive Director, Medicines Patent Pool. “The South African government and partners have shown extraordinary commitment, and of course this has only been made possible thanks to our funders, who through rapidly mobilizing resources have demonstrated such strong support for the project.”

The World Health Organisation (WHO) announced the first six countries that will receive the technology needed for the production of mRNA vaccines on the African continent. Egypt, Kenya, Nigeria, Senegal, South Africa and Tunisia all applied and have been selected as recipients.

The global mRNA technology transfer hub was established in 2021 to support manufacturers in low- and middle-income countries to produce their own vaccines. In Africa, the technology transfer will be delivered through a centre of excellence and training – “the mRNA-vaccine technology hub” in Afrigen, Cape Town, South Africa together with a network of technology recipients. Specifically, this technology hub at Afrigen will share techniques with local producers and the WHO. In addition, partners will provide training and financial support to build the necessary human capital for production know-how, quality control and product regulation, and will assist, where needed, with the necessary licenses.

Primarily set up to address the COVID-19 emergency, the hub has the potential to expand manufacturing capacity to other products as well, putting countries in the driver’s seat when it comes to the kinds of vaccines and other products they need to address their health priorities.

WHO Director-General, Dr Tedros Adhanom Ghebreyesus said: “No other event like the COVID-19 pandemic has shown that reliance on a few companies to supply global public goods is limiting, and dangerous. In the mid- to long-term, the best way to address health emergencies and reach universal health coverage is to significantly increase the capacity of all regions to manufacture the health products they need, with equitable access as their primary endpoint.”

President Cyril Ramaphosa, of South Africa said: “This is an initiative that will allow us to make our own vaccines and that, to us, is very important. It means mutual respect, mutual recognition of what we can all bring to the party, investment in our economies, infrastructure investment and, in many ways, giving back to the continent.”

President Emmanuel Macron, of France said: “Improved public health benefits, supporting African health sovereignty and economic development are the principal goals of strengthening local production in Africa. In an interconnected world, we need stronger and new partnerships between countries, development partners and other stakeholders to empower regions and countries to fend for themselves, during crises, and in peace time.”

President Charles Michel, European Council said: “We need to create an environment where every scientist, health worker, and government can band together for a common cause. Working together to build new solutions to protect what is most precious – our health and our lives.”

To ensure that all countries build the necessary capacity to produce their own vaccines and other health technologies, WHO has been working to establish a biomanufacturing workforce training hub that will train people from all interested countries in scientific and clinical research and production capacity. The training hub will be announced in the coming weeks.

In addition, WHO’s current regulatory strengthening activities in low- and middle-income countries will expand through a global benchmarking tool that assesses countries’ ability to ensure the quality, safety and efficacy of health products and provides training where improvements are needed to build regulatory authorities that are agile and fit-for-purpose for the future.

The WHO mRNA technology transfer hub is part of a larger effort aimed at empowering low- and middle-income countries to produce their own vaccines, medicines and diagnostics to address health emergencies and reach universal health coverage.

The initial effort is centred on mRNA technologies and biologicals, which are important for vaccine manufacturing and can also be used for other products, such as insulin to treat diabetes, cancer medicines and, potentially, vaccines for other priority diseases such as malaria, tuberculosis and HIV. The ultimate goal is to extend capacity building for national and regional production to all health technologies.