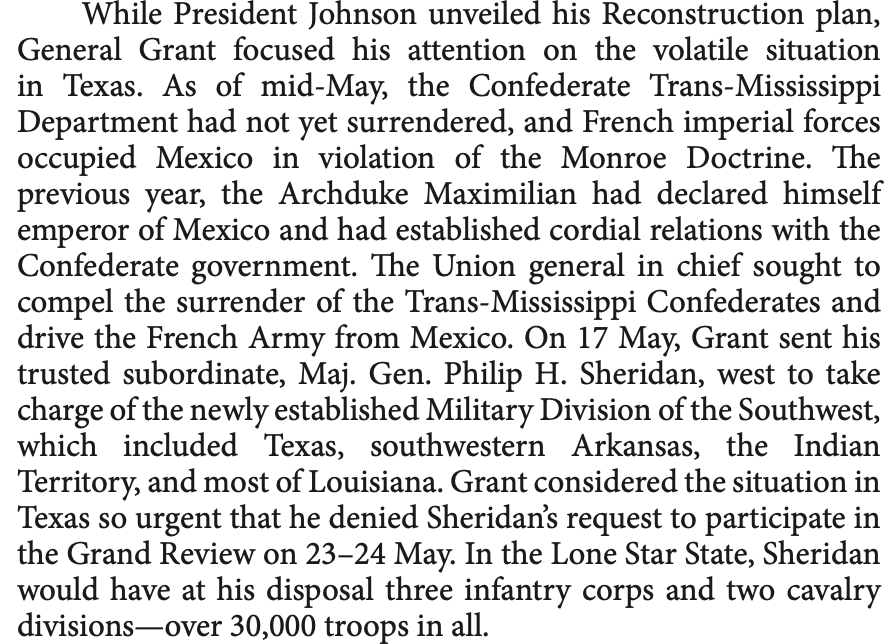 Juneteenth is a celebration of the victory of U.S. Troops of African Descent and the political mastery of the freedmen

The official historian of San Francisco Juneteenth, marking its 72nd year, gave the order of battle on June 19, 1865 during an interview with Larry Chew on KPOO 89.5 FM Saturday, June 11.  Here’s a summary of the facts he laid out.

When I succeeded Raymond H. Boone, my mentor, as editor of the Richmond AFRO-AMERICAN, founded in 1883 by 13 former slaves, I would take my kindergartener son on weekend hikes through Civil War battlefields in search of the legacy of the dozen Black Congressional Medal of Honor winners.  It came up in conversation surprisingly 30 years later that those hikes were his most enduring memory of childhood.

As we mark the second national holiday of Juneteenth, we share the work we did on behalf of Mary Helen Rogers, the 30-year leader of San Francisco Juneteenth.

FACT ONE:  Galveston was in Union hands from October 1862 through the effective date of the Emancipation Proclamation Jan. 1, 1863.

FACT FOUR: The end of slavery came about through the adoption of the 13th Amendment, the first Constitutional Amendment in 60 years, approved by Congress on Jan. 31, 1865 and ratified by 20 states in the month of February.   In June, there was a need for four additional states to reach the three-fourths.   As noted in the passage from the U.S. Army Center for Military History above, the continuing prospect of an alliance with the French kindled some hopes of holding out among Confederates.

FACT FIVE: Those same troops that occupied Petersburg and Richmond, the 25th Corps. were sent by ship by Gen. U.S. Grant in May 1865 to prevent the Confederates in Texas from aligning with the French.  By June 19, there were 14 regiments of U.S. Troops of African Descent in Texas.  They would also be joined by the forces led by John Horse, now a Mexican Army officer, but previously the leader of the Seminole forces that fought the longest war in American history against the U.S. Army in Florida.   Those Black Seminole Scouts would continue serving through 1914 and took responsibility for controlling the Texas border with Mexico.

FACT SIX:  It would take another year of direct visits by the U.S. Colored Troops to go plantation by plantation to free African-Americans in Texas. Unlike the other Confederate states, where plantations were literally burned to the ground, Texas had been able to continue practicing slavery through the entire war because of the lack of conflict.  Yet in the 1866 Texas constitutional convention, the majority of the voters were freedmen whose right to vote was protected by the U.S. Army.

On Juneteenth, let’s make sure all our young people are connected to the 209,145 U.S. Troops of African Descent who were the deciding factor in the Civil War, thus preserving the United States as a single nation.  That victory is trivialized by the myth of ignorance which does not recognize the Emancipation Proclamation only took effect when the Union Army showed up to enforce it. 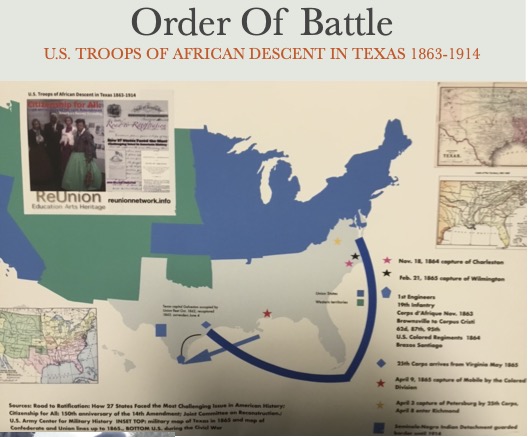