Cakewalk: unsung creators of jazz music describes the history behind the first jazz club in history, drawn from 14 years of research by John William Templeton, who includes the narrative of his research in the book

Imagine San Francisco in the 19th century, dominated by African-American musicians and nightclub owners who used their profits to fund the abolition movement and the development of Black institutions of higher learning.

Cakewalk: the unsung creators of jazz music, overturns the dogma that passes for the history of jazz.   Written over a 14-year period by John William Templeton, it restores what he described as JazzGenesis in exhibitions in Los Angeles and San Francisco, using the actual first wax master of a jazz record.  The reseearch was so fascinating that it is included as a parallel 14 year narrative to the period between 1906 and 1921, when the history of the creators was obscured by a Tulsa-style displacement of African-Americans from the San Francisco waterfront.   The book’s format is that of a murder mystery, investigating how the owners of the foremost “black and tan” in the country died within 30 days of each other in 1909.  All the events actually occurred.

Templeton is the editor of Our Roots Run Deep: the Black Experience in California, Vols. 1-4 and Come to the Water: Sharing the Rich Black Experience in San Francisco, books which contributed to the 6,000 site California African-American Freedom Trail. He is also wanadu aroo or history advisor to the Amiru Songhoy, Dr. Hassimi Oumarou Maiga, Paramount Chief of the Songhoy People.  Seventy-five percent of today’s African-Americans are descended from the area of the Songhoy Empire in the 1400s, which was two and one half times the size of the United State, covering ten current African nations.  To see a recent presentation on Cakewalk to Nerd Nite San Francisco in October 2021, visit johnwilliamtempleton.com 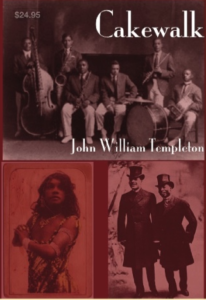 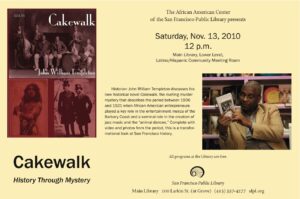 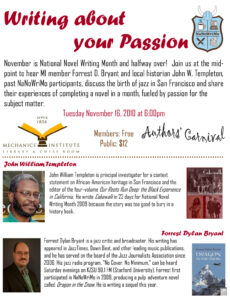